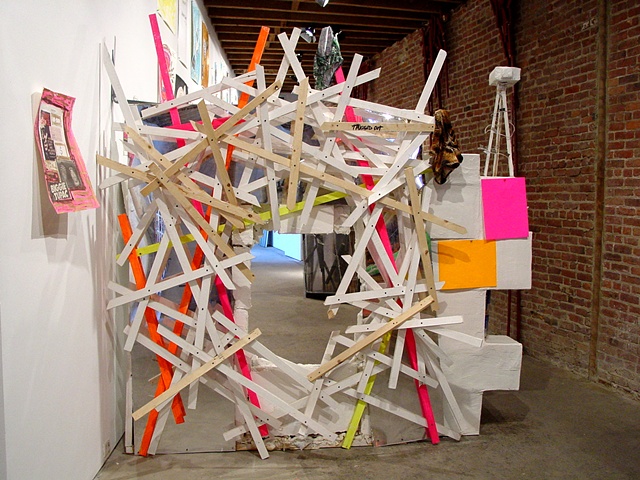 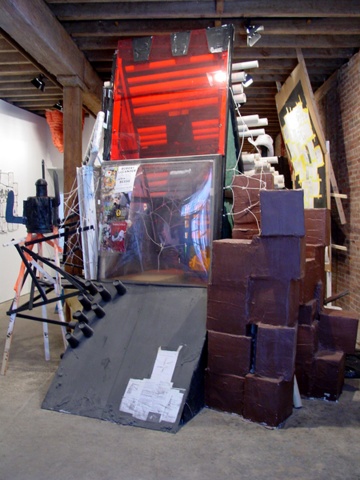 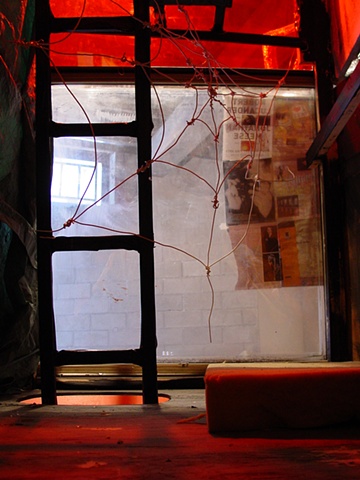 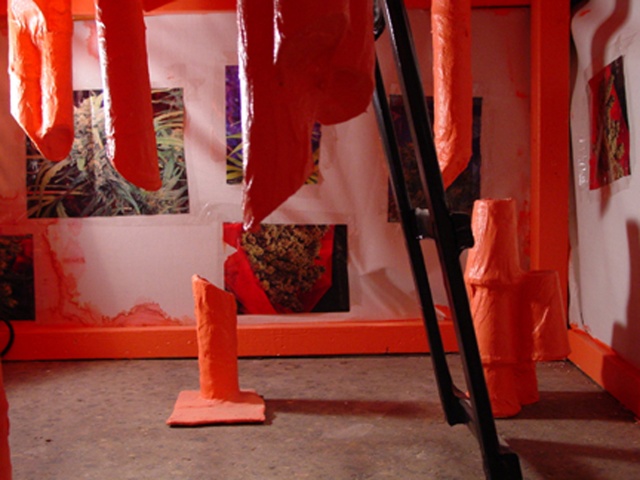 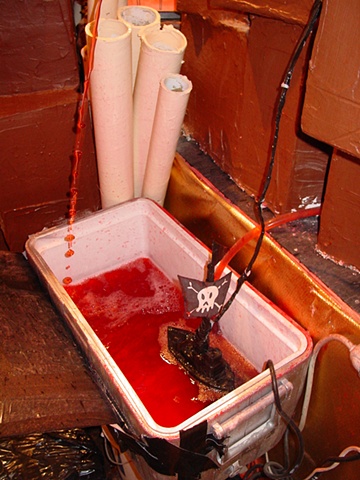 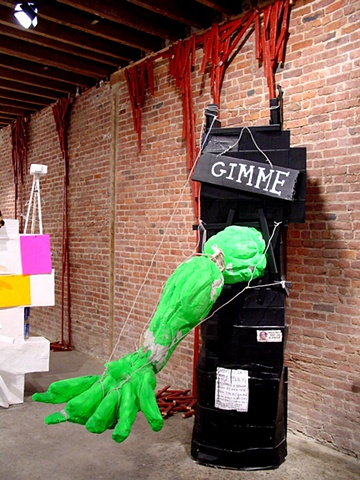 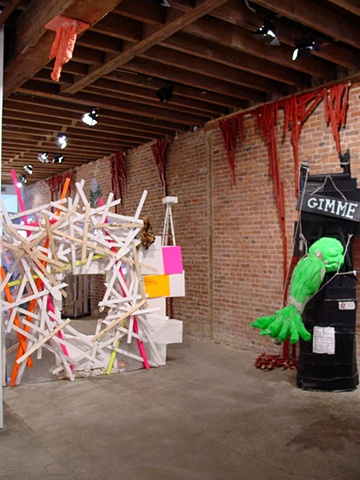 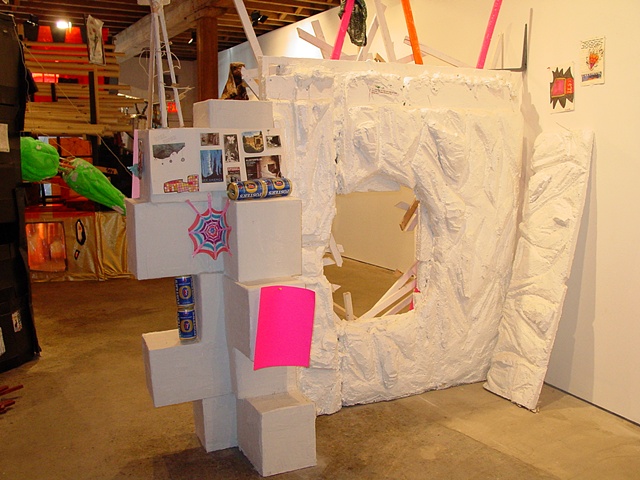 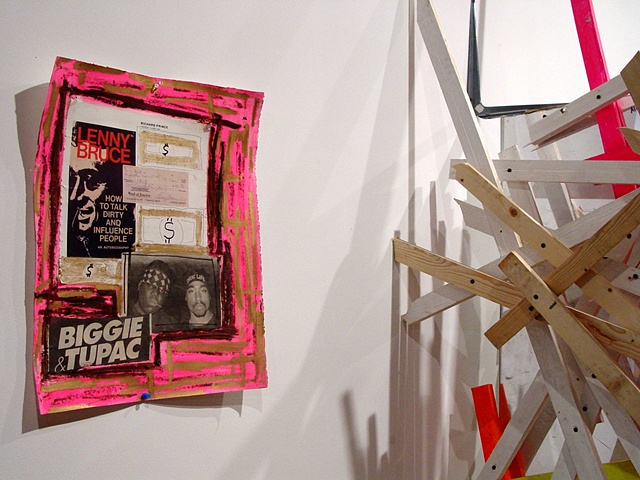 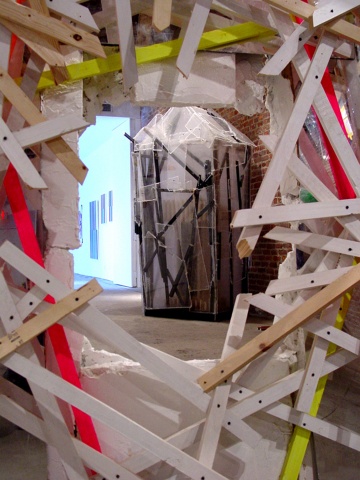 Vacancy at the Lectern 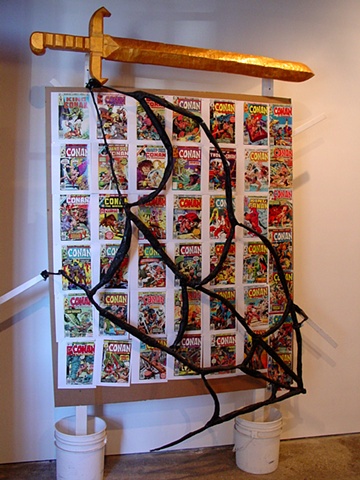 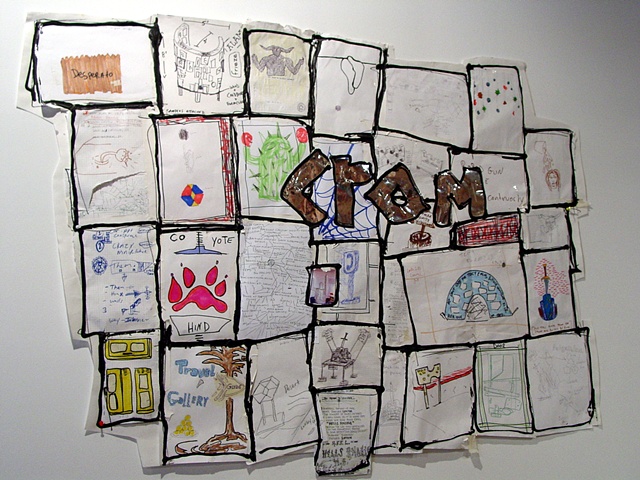 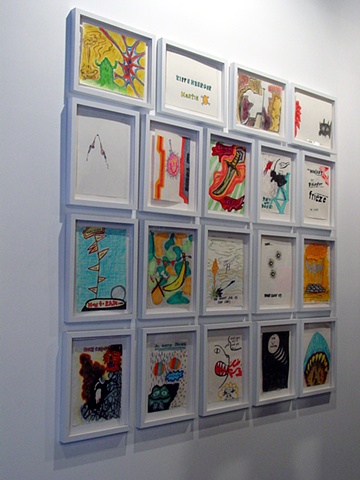 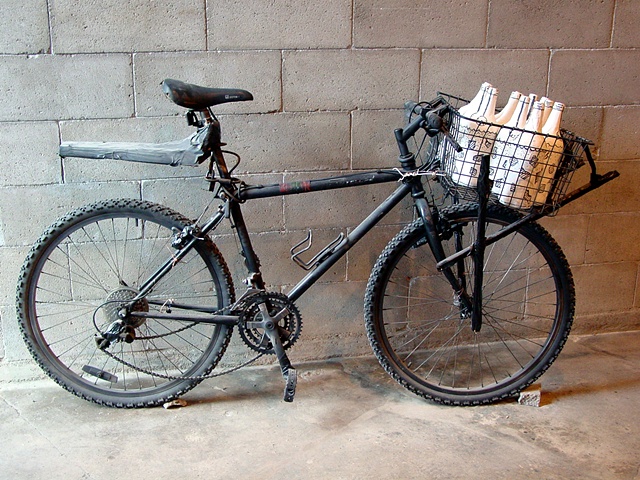 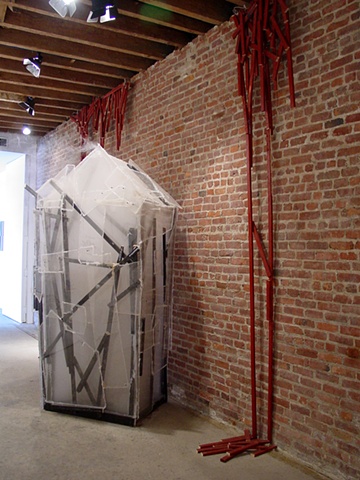 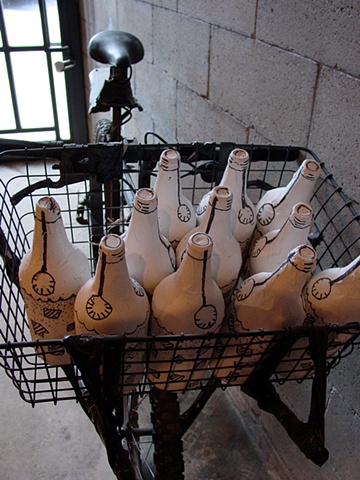 "Ah Gentlemen, If I Had Been Able to Read and Write, I'd Have Destroyed the Human Race" - Michele Caruso

Jesse Bercowetz's crazy Merzbau of architectural assemblage, entitled "Gentlemen, If I Had Been Able to Read and Write, I'd Have Destroyed the Human Race," confounds the eye with its accumulations of cardboard boxes, trash bags, duct tape, and empty Budweiser tallboys. Though in "Mir2," the 2002 show at Smack Mellon Studios Bercowetz helped create, the assemblages were inhabitable, Jack the Pelican's Outpost, 2003, offers only a tantalizing glimpse of a bi-level interior through a red plastic window. Lack of access might be the point—this show's running joke is Bercowetz's self-mocking stance as an outlaw, and it's full of textual allusions to badasses of all stripes (including, in one recurring motif, Ted Nugent). The titular quote is attributed to the nineteenth-century bandit Michel Caruso; Bercowetz's snarky subversiveness, as much as his use of Day-Glo colors and photocopied ephemera, evokes the postpunk East Village, a sort of pirate's utopia in its own right. The walls of the gallery are papered with drawings rife with battle-axes, tigers, and Bowie knives, all rendered in the style of the high school notebook-cover virtuoso, but there are also passages where Bercowetz's hand lapses into a noodle-y minimalism. In one drawing, the words BAS JAN ADER are spelled out in pale blue watercolor against a white void. The line of text trails downward toward the right, recapitulating, with palpable wistfulness, Ader's mysterious voyage off the edge of the map.